Its all about the GET UP!!!

BlogIts all about the GET UP!!!

About 6 months after my mom passed away I had a cancer scare.  Mike and I went to all the appointments and were waiting on results.  I began to reminisce about all the memories that my mom made with us kids, and I grieved the fact, or what I thought was fact at the time, that my children were not going to have those memories with me.  As we waited on appointments with specialists and oncologists, I wanted to make memories.  I wanted my kids to remember ME being FUN and TEACHING them things.  So, I taught Kaylee how to ride a bike (she still thinks her dad was the one to help her, because he walks on water and did everything in her mind’s eye – something about daughters and daddies <3 )
I went for a biopsy, and we were waiting on results; Mike asked what I wanted … I wanted to take the kids skiing to Marmot.  It was one of my best memories with my mom and even my biological dad.  So, Mike made it happen and we went skiing. We stayed in a hotel, which was rare for us to splurge like that, and the kids had a blast.
At least that is the story I would like to tell …
The kids were actually frustrating little jerks for a good portion of the day….
Kaylee’s skiing technique is to point her

skis directly to the bottom of the hill and GO (she has a death wish).  Trying to teach her to cut back and forth and be elegant and graceful is not her thing;  she is, in hindsight, a speed skier whereas I am a slalom amateur. 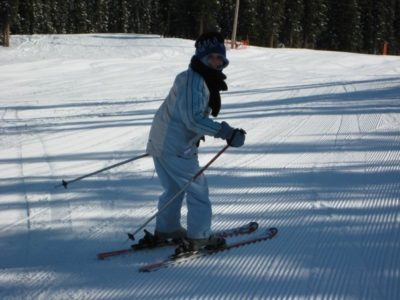 Chrysina’s technique is to bend herself in half, suddenly burdened by her hunchback, and, mirroring the elephant man, ski away, pretending she doesn’t have ears so she won’t have to go “the hard way” that mom wants to go. They both try at intermittent times to compromise their limbs and life, not that it should surprise me.   From the time kids are born into life they seem to have a death wish – running into busy streets, putting knives in electrical outlets, trying to play dentist with the dog… But I am surprised that THIS DAY does not go the way I imagined it.
I had to take a small timeout at lunch and actually grieve what I had imagined would be this day so that I could enjoy it for whatever it was “becoming”.
Up until this day I have done this ONE OTHER TIME in my life. My oldest was in Grade 2.  I knew that she was the smartest, most energetic caring compassionate human on the planet.  I knew that she was brilliant actually.  I had all these “expectations” that I didn’t know I always had on her.  She was going to effortlessly get the best grades, she was going to be well liked and popular, she was going to get a steady boyfriend (after going to college) and get married after her mission’s trip where she taught purity by example to an isolated group of Aboriginals overseas that had just been discovered.  OKAY, I will admit I am exaggerating a little, but I hope you get my point.  The problem was she was struggling in school for numerous reasons,  not the least of which was my decision to put her in French Immersion, made because she was so smart and could read by age 4. But, she was so sick all the time that she was missing out on social time and social development.
It didn’t *Look* like I had imagined.
My mom suggested that I hold a funeral for the child I “thought” I would have so I could make space for the child I actually had.  I needed to clear the expectations and release the sadness so I could embrace the present and allow her to be who she was and not what I expected her to be.  Mom had read an article around this when my sister and I were young,  and she did it for me.  Apparently it is common to place expectations on the eldest, which is why we are such high achievers and discouraged perfectionists.  Well, I told Mom that she was “bat shit crazy”, and I went home and secretly took her advice.  I did it in my head (now I felt “bat shit crazy”), but I made a list similar to the one above, with all the expectations on her character, performance, ability, ALL the things,  and I imagined burying it. II guess you could call it giving it back to the earth.  The next day I was liberated, as I am sure Chrys was as well.  All the “shoulds” were buried, and I began to enjoy Chrys again.  I saw new talents and gifts,  because there was finally room to see them grow because  they were no longer shadowed by the “should clouds” .
Coming back to the ski trip – I stood in line waiting for an overpriced hot chocolate;  the kids were back at the table with 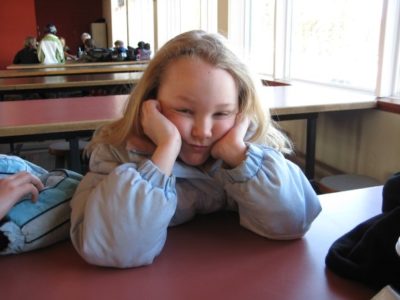 Dad lamenting their lots in life to have a mother who was so determined to “teach” rather than to allow them the space to “enjoy”. 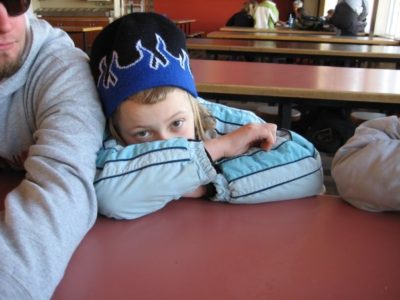 It was then that I decided to secretly make a list of all my expectations, put them in a shoebox and bury them.  I cleared the grief,  making room for the possibilities of whatever we created.  One thing my mom always said, one  round with cancer after another,  every time it hit her, every chemo treatment : “It’s not about the fall down, it’s about the get up”.  So I got up from my place of grief once more.
I am happy to report that the rest of the day was actual giggles and sunshine.  Both girls grew quite tired of my new mantra as we tumbled down the hills of Marmot….

. IT IS NOT ABOUT THE FALL DOWN,  IT’S ABOUT THE GET UP!!!  NOW GET UP AND GOOOOOO…
I am happy to report that Kaylee has learned to turn, and Chrystina was able to stand up straight.  ALSO, just so there is no confusion, Chrystina IS the smartest, most energetic, caring, compassionate human on the planet.  She is brilliant actually.  She  has worked hard for her grades, she is well-liked and popular, she has done multiple missions trips, and she has blown any “expectation” I had out of the water. AND she did it in a way I NEVER expected.
If you are sitting in a disappointing moment, where you look around and THIS does not look like ANYTHING you ever expected or wanted, I invite you to lay those expectations to rest.  I invite you to open your hands and receive what IS beautiful in this moment, and then go forward and create something beautiful that you never expected.
It does go to show; it is TRULY not about the fall down, it is about the get up – So, let’s get up and GO!!!
Just my thoughts from here. 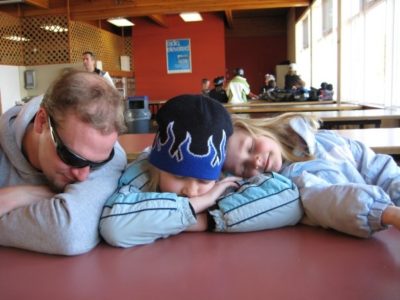