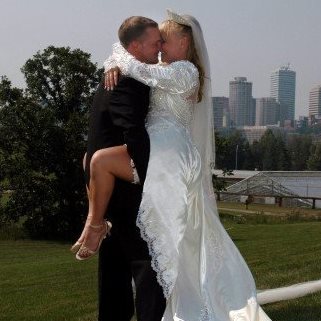 Mike and I recently sat and had filthy martinis in Golden, BC (OK, I did – he had a beer).   Overlooking the river, we toasted our 18 years together, 12 years married, and I can’t help but think back. Mike doesn’t like to … he tries to get as far away from that time as possible, but I do. It reminds me of where we have come from; I can see how much we have grown, and I celebrate that.

We both come from divorced families, and we wondered as we held hands and sipped (ok, I chugged) our “Martinis” – were they ever this in love? We wondered aloud at the question: how do people go from meeting, dating, falling in love, hearts touching, hands holding, lips pressing and ultimately planning a wedding… to…. hate? How does that happen?

We have contemplated divorce (in detail). We have had anniversaries that we spent discussing separation and what that looks like, but, as some would say, “when the rubber met the road”, we could not do it; we lost traction on our anger. As this conversation unfolded, some of the uncomfortableness returned; we shifted in our chairs and our throats caught on feelings as we went back and tried to put to words what happened.

We have argued over ALL the things (and some made up things) To my heart’s sadness, I have thrown things and been immature. He has stormed out in anger and exercised all manner of passive aggressiveness.

So how then are we celebrating almost 18 years together?

We keep choosing each other. 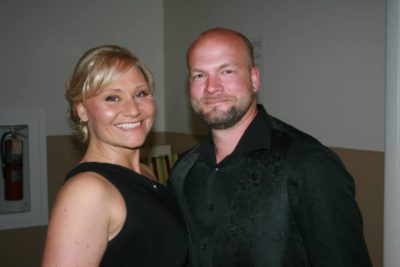 That moment when we were talking about divorce, we were generous with each other, NOT because we hoped that it would win the other back, but because we truly wanted the other to get what he wanted, EVEN in separation.

For example, he gave me full custody, taking away my fear of losing my girls. I gave him our company (let’s face it – I wouldn’t know what to do with it anyway), but that simple pen stroke took away his fear of my fighting over every little thing. And it happened – even in separation we were loving each other. I arranged visits with the girls for him, and I let them visit. I did not insert myself, I just provided space. I wanted to set the groundwork for more than an “amicable separation”. We still went for ice cream as a family, and the kids still ran to ride with daddy. We still went to the leisure centre and played basketball, and we played doubles and let the kids win.

I have heard of counselors sending couples who are on the “brink” away for a couple’s holiday. I imagine it is to take the stress away so that the couple can remember why, when and how they fell in love. I have heard of tactics like the 30-day sex challenge (both of these challenges accepted and awesome, by the way). The 30-day challenge was designed so that even if you don’t “feel like it”, you choose intimacy every day.

I have heard your “but you don’t know what they did”. It’s difficult to lay down our defences and choose love in the face of hurt and fear. And I know it’s difficult because this is my second marriage. I’ve been there, so entrenched in my fear of losing my daughter that I chose fear over love. I chose my weapons over intimacy. I chose self-protection over vulnerability. I could not see all his acts of self sacrifice and love as my life lenses were tinted with anger, fear, blame, and shame.

So I answered my question – I know how people go from planning a wedding to getting a divorce. If you’re sitting on the bench discussing your relationship or the breakdown of it, I urge you to continue in love. Choose to love them more than you fear. 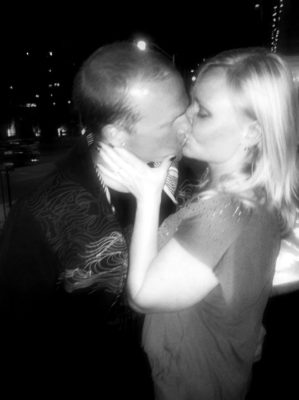 Just my thoughts from here.