Sit Awhile with me 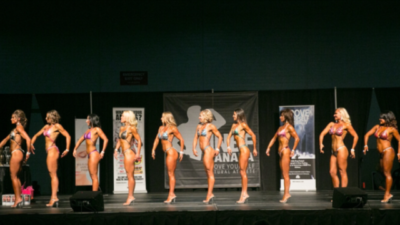 All the lights faded, trophies had been given out, and I sat there … the crescendo of all my thoughts and emotions crashing down on me … I had just completed what felt like the longest prep season ever for a competition that I didn’t even want to be in … and … I sat on the floor eating my rice cakes and honey like a Neanderthal. It was odd; I felt like once I left this place it was truly “over”, so I just sat, thinking, taking it in for … One. More. Moment. Gosh, what was this all for?

Then, the best thing happened.  Mike came over and sat across from me. He placed his elbows on his knees, his hands under his chin and smiled like it was a normal thing to do. For a moment I thought he was mocking me, and I looked at him sideways and asked what he thought he was doing. His response is still in my ears – “Sitting with you in this moment, and we won’t leave until you are ready.” 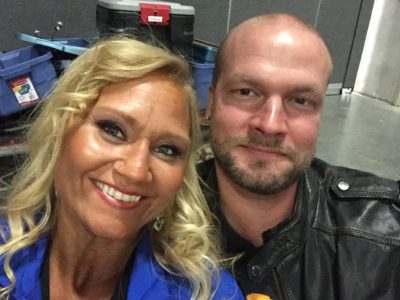 All the emotions from the day flooded over me and washed away in that moment because I was allowed the space to just be and sit. And, just like that … I was ok to leave, to let go … and, go for steak dinner 🙂 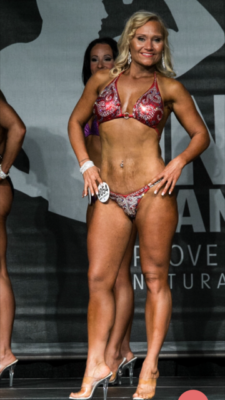 My Mom was sick for over 20 years; we were not allowed to speak words of death in her presence. Her last night at home I filled the Jacuzzi tub, and she ate dinner in her bath. We talked, and I regarded her as if it were the last time, for the first time.  I helped her out of the bath, and she was too tired to stand; she curled up like a child on the bathmat. I covered her with a bath sheet, and I just sat with her. Stroking her hair and tucking it behind her ear, I asked her if she was up for another round, if she had the strength for one last stand against the cancer that was dragging her back into the ring. Her yellowed eyes took me in, and she whispered, “I don’t know…”

In the months leading up to this we were working long hours, long all nighters, traveling across the country to see clients who needed her more than she needed rest. I loved our road trips because she was trapped in a chair and HAD to sit with me.  When we were back at the office …we ran, from one thing to the next (cold cups of coffee in each room left for convenience). During the road trips we talked about dreams and goals and values and beliefs, faith, spirituality, business plans, relationships, marriage, ALL the things. On long drives with the music on I can still feel her sitting next to me.

When we would return home I would be doing paperwork and stop for a coffee, asking her to sit with me. It was a ritual that she denied (unless she was seat belted in) but, it did not stop me from asking.

When she went into the hospital, there was always LOTS to do. We would busy ourselves around the room rearranging where toiletries were kept, folding towels, replacing linens, replenishing ice, getting water, going to the cafeteria, remaking the bed… whatever we could do to avoid the dreaded “sitting” that she wanted no part of.  “Idle hands are the devil’s playground, you know.”

I have multiple examples where she refused to sit with me – except just now… my rushing memory identified, a movie that included Mel Gibson (I know that may be a taboo thing as social media has not been kind to him after he made some life choices – but-) I will forever love him because he made my mother sit with me.

We all took turns at the hospital when mom was ill.  Family came from all across the country, and there was an understanding that we did not wish for her to be alone. She had always been afraid of the dark, she had always loved “sleepovers”, and we secretly promised ourselves and her that we would be with her, we would just sit awhile until she felt like it was ok to go.

Two nights before she passed it was my privilege to spend the night with her. She was in a medicated coma. Her breathing would change in response to questions and presence in the room… she was indeed still mentally there, I believe. I sat next to her, held her hand and told her all the things that death teaches you as you literally look upon it. I laid my head on her bed next to her hip, and I placed her hand on my face. I choose to snap shot this moment, take in every detail I could – committing to memory the warmth of her hand, the wrinkles in her joints, her rhythmic breathing… her touch … and I sat awhile with her.

Why am I telling you this? I know Dr Phil has been quoted saying that 98% of all arguments can be ended if both parties feel heard – meaning they actualy have NO resolution, NO solution, it is just a matter of both people feeling like you have sat with them. Brene Brown has written on the importance of Play and Stillness, David Deida writes about the masculine energy: the overview of a project, drive energy and doing your purpose.  Feminine energy: in the moment, feeling love, that which is moving – you are energy in motion – “e-motion”. Choose to come out of the “doing” and into the “feeling” and just rest awhile in the moment.

I am sitting in my feminine… and I wanted you to sit with me and be still. Be the innermost part of yourself just observing this moment, no agenda, no list of things to do, just be.

I give you permission to NOT be productive.

The best gift we can give our spouse and children sometimes is to just sit with them. My best memories with my girls are when we just sat and watched the butterflies land

Imagine your spouse/ child has had the worst day – there is truly nothing that we can do to take that day back – we cannot go back in time; we cannot unsay harsh words or undo a course of events – the only thing that is left for us to do is: TO SIT … when you transition into “FIX” you are transitioning into the masculine as you transition into a project on which to embark. There is a time for action, and there is also a time to just sit. But, in our society that does not seem the most productive thing to do. Playing is a waste, sitting is a waste. I invite you for just one moment to sit.

I’m sitting with you in this moment, and we won’t leave until you are ready.